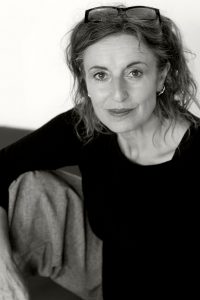 Since the mid-90s I have been excited to explore the expressive potential of voice and body through various techniques and in a number of performance styles. During that time, I have created new music and performance works, both in live production and recordings, in Australia and internationally as an actor, singer and voice specialist with a particular interest in collaborating with musicians to create cross-art performances. These include Invisible Cities (with Elissa Goodrich), Fragments (with Elissa Goodrich, directed by Margaret Mills, La Mama), Bottleneck for the international art project Elevate and Breathing Together (both with Amaara Raheem), and BeLonging (with Belinda Moody and Felicity Provan, La Mama). I have also loved working on projects such as: an audio tour for the Hyper Real exhibition (with Bernard Caleo for the National Gallery of Australia); Pearl for The Humour Foundation’s Elder Clowns (clown doctors for people with Alzheimer’s and dementia); contributing to the Sound Walks September 2020 festival (with Karen Berger); and adventuring into the world of audio books, narrating Elliot Perlman’s Catvinkle series.

I’ve sung with the Astra Choir, The Teapot Ensemble of Australia, The Lolo and Lulu Revue (Open Studio, MIFA, etc..), Lolo and Berto (Butterfly Club), Something Like A Kiss (Art Centre Melbourne) with Robert Stephens, and in Daniel Schusser’s Schmaltz (Malthouse Theatre). I currently sing with Oblique Strategies (Robert Stephens, Caitlin French and Elissa Goodrich) having a ball interpreting the songs of Brian Eno. My composition with Belinda Moody Ah Wish was selected for ABC Jazztracks 30th Anniversary CD and my compositions with Biddy Connor, Hello From the Moon and River Tales are included as part of Museum Victoria’s online response to COVID-19 through the Museum at Home program. I was nominated for Best Female Performer (Fringe) in the 2001 Greenroom Awards for Quartet and won the 2004 Fringe Festival Award for Most Outstanding Female Performer for The Now Hour.

I’m passionate about the role of arts in a wide range of environments and am involved in community art projects, managing the Federation Handbells program (for Creative Victoria and Museums Victoria) and co-curating La Mama Cabaretica with Isabel Knight.

I have taught voice privately and at institutions including La Trobe University, Federation University, St Martin’s Youth Arts Centre, Melbourne University, APS, Victoria University, Balancing Act, and the National Theatre. I have adapted my teaching to the challenges and adventures of online settings due to the COVID-19 pandemic.

I have a Bachelor of Education in Drama and Music from Melbourne University, a Postgraduate Diploma in Voice Studies from the Victorian College of the Arts and am a PhD candidate at La Trobe University exploring embodiment and presence in Zygmunt Molik’s Voice and Body Work and Roy Hart Voice Work. My article, Many Doors: The Histories and Philosophies of Roy Hart Voice Work and Estill Voice Training was published in The Voice and Speech Review in 2019. In 2014 I was an Australian Voice Association Student Encouragement Award finalist and I have been awarded research grants from Victoria University (in 2010) and from La Trobe University (in 2019) to study Voice in the UK, France and Poland.