Past, current and upcoming projects include:

Oblique Strategies are thrilled to support The Thin White Ukes at the splendid new Brunswick Ballroom on 18 July. 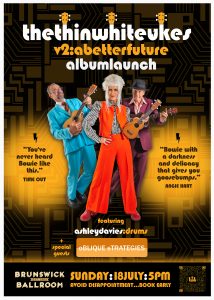 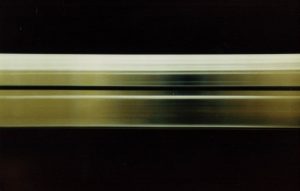 In June Cabaretica, with MC Fiona Scott-Norman and featured artists Patrick Collins and Picked Last for Sport, we shouted-out against the closures of theatre departments and cuts to student theatre organisations by numerous Australian universities – NO!

We were proud to launch Act for Arts, a movement that aims to mobilise the public and the arts sector to stand up for arts in education and society and uphold its value as an essential component of our culture. 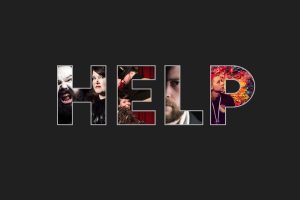 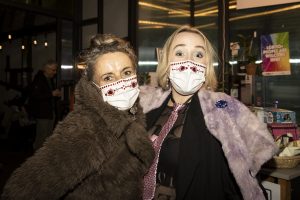 Isabel and me at Cabaretica, bling masks and all    Photo: Darren Gill

Emerging from the lockdowns of last year Cabaretica was back with a blast! Isabel Knight and I were delighted to program Maude Davey as MC with Mama Alto and Willow Sizer as featured artists. A glorious night with stunning performances. 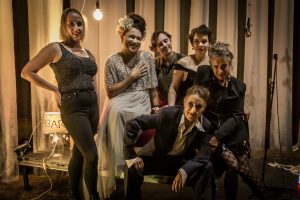 La Mama Cabaretica presented a message of support, solidarity, and love created by members of our cabaret community to celebrate the close of an enormous year for everyone. Here’s “wahoo” to the arts community and beyond for a shiny new year in 2021!

La Mama Musica presents Listen for the Future a time capsule, an archive of ideas that invites artists to imagine a world that’s better for everyone. It is presented as part of La Mama Theatre’s online programming addressing the impact of COVID-19 on live performance. Karen Berger and I made this piece as our response to the question posed by curator Gemma Horbury, What are you listening for?

We are listening for clues and reminders in the rainy runoff

Listen for the future

Biddy Connor and I had a great time creating and presenting this new song, River Tales, featuring the wonderful Federation Handbells, as part of Museums Victoria’s programming for Children’s Week 2020. We think our colleague, Simone, did brilliant work on the animation – yay! 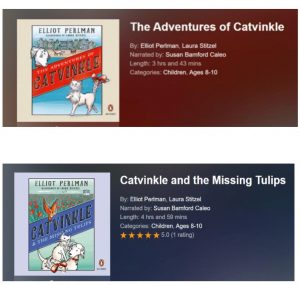 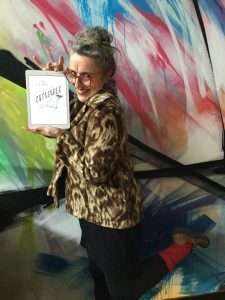 In September I contributed Meeting at the edge as part of Shorelines, a project by Babak Fakhamzadeh as part of Sound Walk September, a yearly global festival celebrating sound walks.

Meeting at the edge 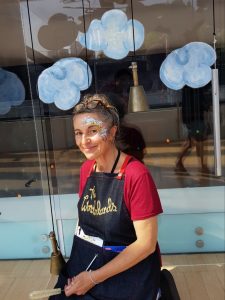 Performance with Amaara Raheem of Breathing Together, at SEVENTH Gallery 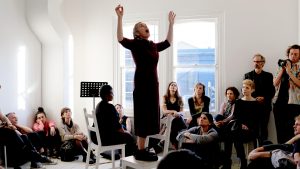 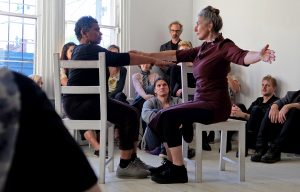 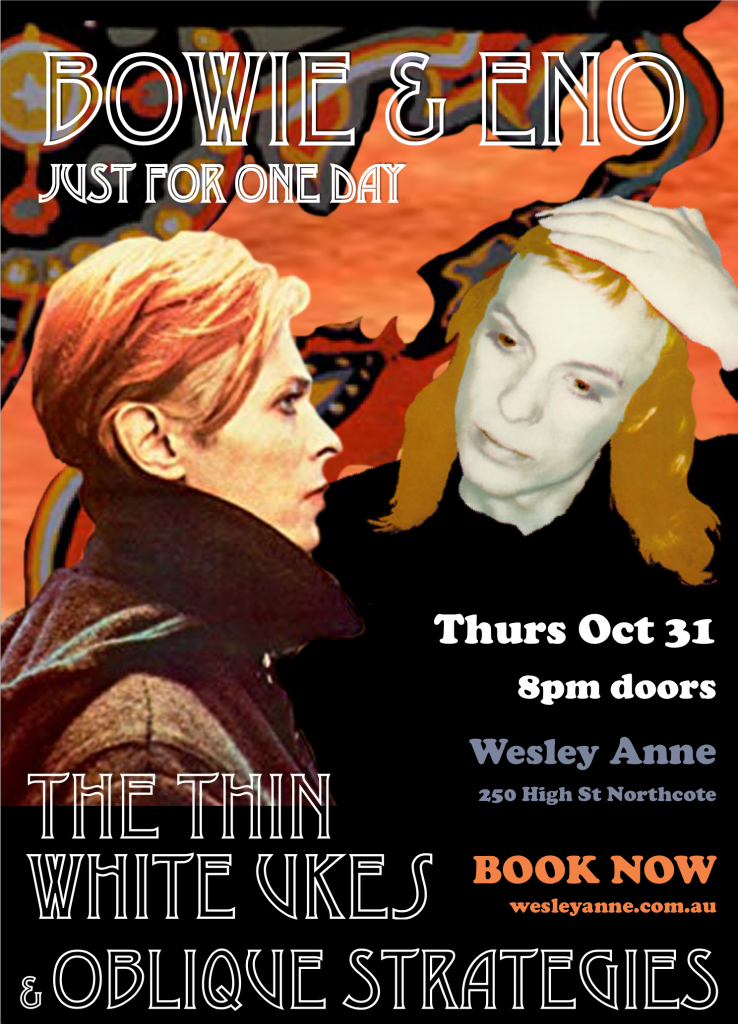 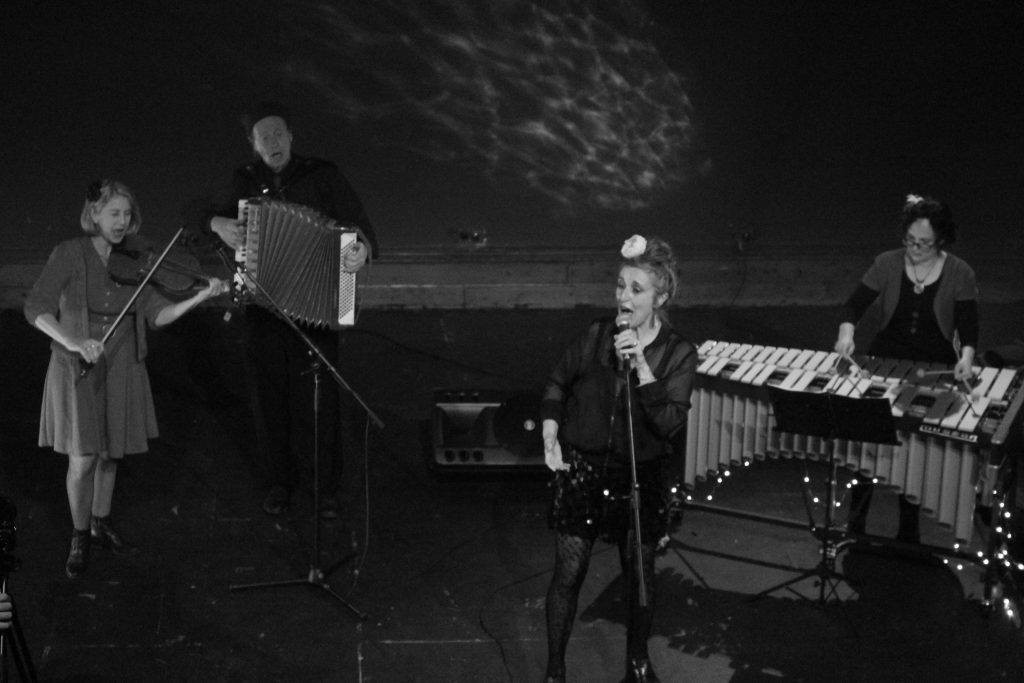 Performing with Dave Evans as part of the La Mama Rebuild national campaign launch. Such a GREAT cause and an important arts community day.

Digging Deeper: Secrets of the Neo-COALonial Movement Unearthed! at The Butterfly Club –  is a production of ClimActs, a politically strategic, voluntary-run Australian performance collective using striking visual spectacle and satire to communicate the urgent need for the world to respond to grave threats from climate change. ClimActs’ celebrated Climate Guardians (Angles) have performed as guest artists at numerous Australian and international festivals.

Hello From the Moon –  Music, lyrics and dance moves written, sung, played and produced by Susan Bamford Caleo and Biddy Connor as part of Museum Victoria’s summer program at Scienceworks and ongoing programs.

Itinerant Sound – created by Geoff Robinson. Performed by Susan and 11 other performers

Itinerant Sound – part of a series of events  for Liquid Architecture’s ‘Why Listen to Plants?’ that travelled from Design Hub making their ways to Royal Park. 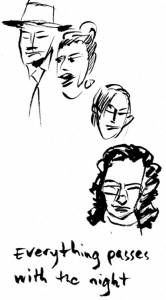 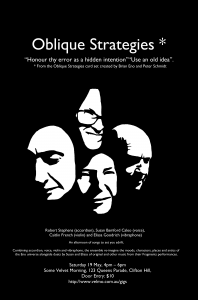 Reinterpreting the musical visions and imaginings of Brian Eno

for Elevate.1  a global day of performances, interventions and think pieces to be staged in elevators across the world on December 12, 2017.

Voice and Body Exploration – A chance to play with your voice

This Voice and Body Exploration series will be led by Susan Bamford Caleo. It is designed for people wanting to develop their voice and body awareness and to play with the expressive potential of their voice. The classes will 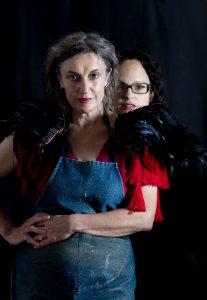 SOLD OUT season at La Mama

A duet in fragments. Vocalist and percussionist take up their positions. Susan and Elissa are facing a beast of their own wondrous creation. They plunge into the chaos and the comedy. Taking the monster by the tail, they get to work.

Given breath by the creations of others including Rainer Maria Rilke, Sharon Van Etten, Gyorgy Kurtag, Nina Simone and more, music and words are unleashed. 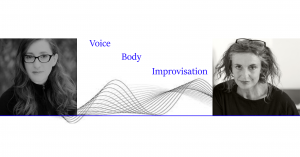 This workshop was directed towards:
* improvisation and voice practitioners who are interested in new ways of playing or in deepening their current artistic practise.
* physical and vocal performers who want to further integrate movement and voice and develop their on-stage presence.